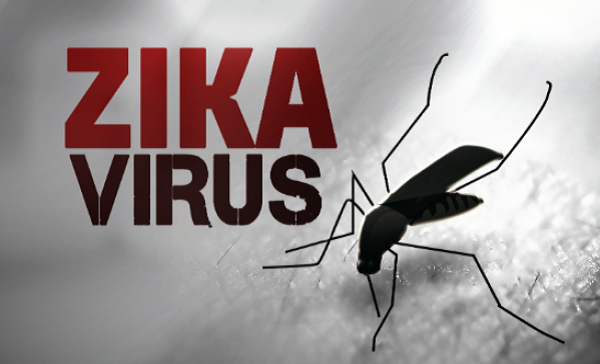 Zika virus, a lethal disease has reached India after infecting many people worldwide, however, experts believe that older version of virus already exists in some Indian people, preparing a genetic ground to spread speedily. This virus has no cure in India till now and no technique has been yet uncovered to prevent it. This virus was first located in Pune in 1952 when a survey was being performed to detect immunity towards Russian and Japanese diseases. As per a medical journal, India has about 67000 people landing by plane every year, which puts this country more at risk of transmission of Zika virus. Although China, Indonesia, Philippines and Thailand are also prone to getting transmission, but India is most vulnerable.

Zika virus, when first detected in 1947 in rhesus monkey of Uganda, it was not so dangerous. This infectious disease came into highlight globally due to its contagious form and millions of cases were found in Brazil. This disease causes small heads and brains in fetuses, which are abnormally petite. In 2007, Zika started emerging on Pacific Island transmitted by female Aedes mosquitoes and plane travelling. By May 2015, it was detected in Brazil and has overtaken 26 countries worldwide with 200 cases reported within 8 days. 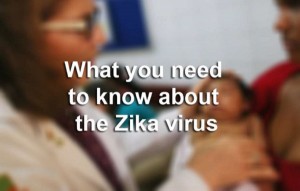 Presently, 58 countries are affected by the disease. The spreading of this disease started in 2007 towards Micronesia and then to French Polynesia in 2013. This way it travelled towards the East in Asia and reaching India.

The transformations due to which Zika virus became dangerous

Initial phase of this virus started with fever, skin rashes, malaise, joint and muscle pains, conjunctivitis and headache. However, it transformed into an infectious disease causing neurological conditions like microcephaly and GBS (temporary paralysis), leading to death in some cases. It has transformed many times in the NS1 gene causing affect on the human nervous system. NS1 gene present in the Zika virus is from a family of flaviviruses, which evades the human immune system. Flavivirus is then spread through mosquitoes to humans, due to which dengue, chikunguniya, yellow fever, West Nile fever and Zika spread in humans. The Worst part of Zika virus is its capability of infecting pregnant ladies and fetuses causing disorders like microcephaly. 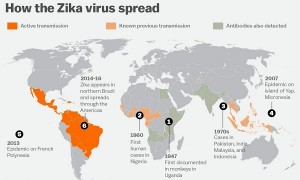 How Zika spread throughout the world

Zika started infecting humans in Nigeria in 1954 and several human cases were reported between 1951-1981 in manyAfrican countries, some parts of Asian countries, including Malaysia, Thailand, Vietnam, Indonesia, Philippines and India.
There were explosive outbreaks reported between 2007 to 2014 in Micronesia, French Polynesia and Easter Island in South Pacific. By 2016 this disease had spread in America, which was spreading through mosquitoes. By February 2016, Zika had reached China, maybe from America and later it was reported in Bangladesh. In August 2016, Singapore also encountered the infectious disease with first infected pregnant women. Within 13 days, 292 cases were discovered of Zika virus infection, which had swept across the world fromAfrica to America to Asia.

India at major risk-but why

India is a country where the population is very high with temperature in which mosquitoes breed easily. There is a huge lack of hygiene and sanitation due to poverty. These factors make India quite vulnerable and prone to Zika virus disease. If some infected person travels to India and gets bitten by Tiger mosquito, then the disease will start spreading in the country. Aedes Aegypti breeds in common households and buildings and bites during daytime. This mosquito is evolving constantly and increasing its population.
Presently, India is facing diseases like dengue and Chikungunya, which is spread through these mosquitoes. Symptoms of these two diseases are quite similar to Zika infections and they can only be detected through lab tests.